Born in Saitama prefecture. Also known as Aoyama Seiji and Aoyama Masaharu. Studied ink painting at Tokyo School of Fine Arts. Served in Imperial Household Museum until his retirement in 1936. Exhibited in Teiten and in the Nihon Sosaku-Hanga Kyokai show in 1929. Self-carved blocks. Some self-printed; others produced with assistance from the publisher Ishiyama and printers in his employ. Works of the 1950s included a view of gulls over rippling water. Prints sometimes signed Seiji and sealed Ao with the first character of his family name.** Taken in whole, or in part, with permission from: Merritt, Helen and Nanako Yamada. Guide to Modern Japanese Woodblock Prints: 1900-1975. University of Hawaii Press: Honolulu. 1992. 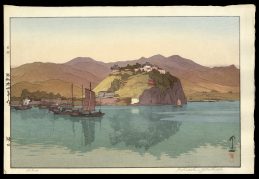 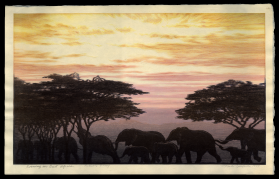 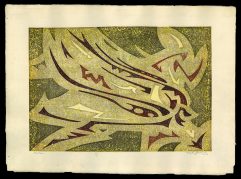