Born in England. Traveled to Tokyo in 1915 to visit a relative. Intrigued with the Orient, she remained until 1924, making several trips to Korea, China, Philippines, and throughout Japan. First won recognition with a collection of caricatures of Japanese and foreign residents published in 1917 to benefit the Red Cross. In 1920 Watanabe Shozaburo saw an exhibition of watercolors from a recent trip to Korea and urged her to translate the painting East Gate, Seoul by Moonlight into a print. This and other prints made under Watanabe’s supervision were highly successful in Japan, at the Royal Academy and Beaux Arts Gallery in London, and in Paris. Keith took up color etching in 1926 or 1927 after these exhibitions. Back in Japan from 1931 until the late 1930s, studied carving and printing for 2 months with Yoshida Hiroshi and produced four prints, among them two Philippine subjects and Japanese Carpenter. Later she apparently reinstituted her working relationship with Watanabe. A solo show in Tokyo in 1956 included 59 woodblock prints and 8 color etchings. Lived in England in her late years. Fellow of Royal Society of Arts. Books of illustrated travel accounts include Eastern Windows, 1928, and Old Korea.** Taken in whole, or in part, with permission from: Merritt, Helen and Nanako Yamada. Guide to Modern Japanese Woodblock Prints: 1900-1975. University of Hawaii Press: Honolulu. 1992. 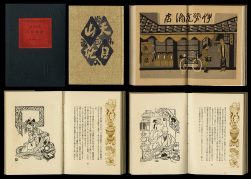 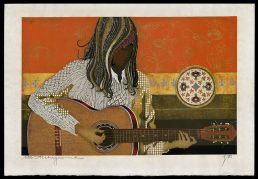 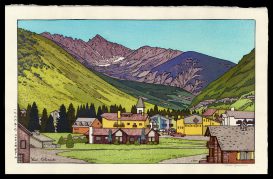