Born in Tokyo. Second son of Yoshida Hiroshi and Yoshida Fujio. Traveled extensively in U.S., Europe, and Middle East. Began making prints in 1950. Member of Nihon Hanga Kyokai from 1952; member of Art Club and Graphic Art Club. In 1957 taught Japanese woodblock techniques at universities of Hawaii and Oregon and at Haystack Mountain School of Crafts. Has exhibited at the Tokyo Biennale, Lugano, Ljubljana, Krakow, Frechen, Ibiza, and others. Many of his prints of the 1950s and 1960s are abstractions; he later combined photoengraved images with woodblock.** Taken in whole, or in part, with permission from: Merritt, Helen and Nanako Yamada. Guide to Modern Japanese Woodblock Prints: 1900-1975. University of Hawaii Press: Honolulu. 1992. 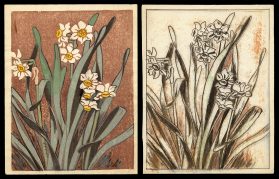 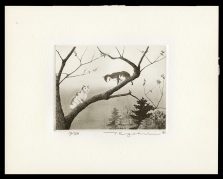