Born near Hamamatsu. Given name Koichi. At age 15 went to Tokyo to study under Matsuzaki, a carver for Kobayashi Kiyochika. Kiyochika took him into his home where he remained studying for 19 years. Designed woodblock prints during Sino-Japanese War, 1894-1895, later worked as lithographer. After meeting Watanabe Shozaburo at an exhibition of Kobayashi Kiyochika’s prints, Koitsu designed figurative landscape moku-hanga published by Watanabe, Kawaguchi, and Doi from 1932. Koitsu’s prints, like those of Kobayashi Kiyochika, are often characterized by dramatic use of light.** Taken in whole, or in part, with permission from: Merritt, Helen and Nanako Yamada. Guide to Modern Japanese Woodblock Prints: 1900-1975. University of Hawaii Press: Honolulu. 1992. 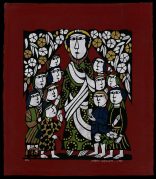 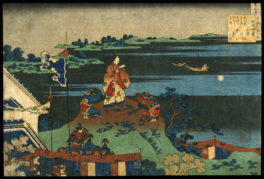 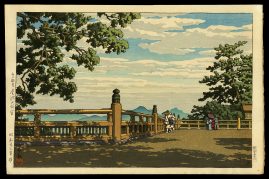