Born in Tokyo. Given name Shiro (with different characters). Studied Japanese-style painting with Kaburagi Kiyokata. Exhibited paintings in Bunten, Teiten, Tatsumi Gakai, and Kyodokai. Member of Seikinkai. Encouraged by Kaburagi Kiyokata he began designing woodblock prints for Watanabe Shozaburo in 1919. Published many prints with Watanabe in 1930s and Eight Views of Tokyo and bird and animal prints with Unsodo in 1950s. In later years carved and printed many of his own blocks but did not promote his prints through affiliations and exhibitions.** Taken in whole, or in part, with permission from: Merritt, Helen and Nanako Yamada. Guide to Modern Japanese Woodblock Prints: 1900-1975. University of Hawaii Press: Honolulu. 1992. 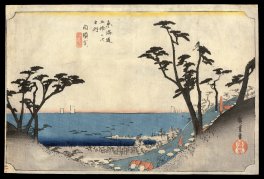 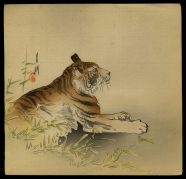