Prints include Ferry Landing at Ushibori, 1933, published by Doi and another river scene dated 1950. The latter has a seal with the kanji “Sho” which suggests the publisher Watanabe Shozaburo, but the seal appears to be an integral part of the signature and is unlike any other seal of Watanabe known to the authors.** Taken in whole, or in part, with permission from: Merritt, Helen and Nanako Yamada. Guide to Modern Japanese Woodblock Prints: 1900-1975. University of Hawaii Press: Honolulu. 1992. 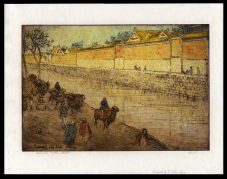 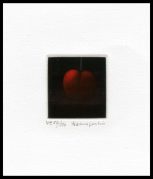