Kacho -e is the Japanese term for prints depicting birds and flowers. In the 19th century, Hokusai and Hiroshige were the masters of this genre.  In the the 20th century, Ohara Koson (who also used the names Shoson and Hoson, is the undisputed master of this genre, but there are plenty of others who dabbled in the field.  We have gathered a group with 22 other artists, along with works by Koson and Shoson, to present as our summer exhibition.  We have removed the items that have been sold. 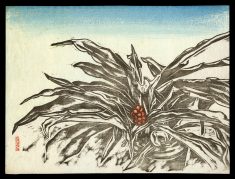 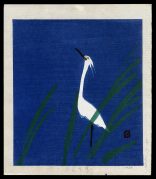 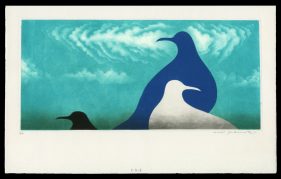